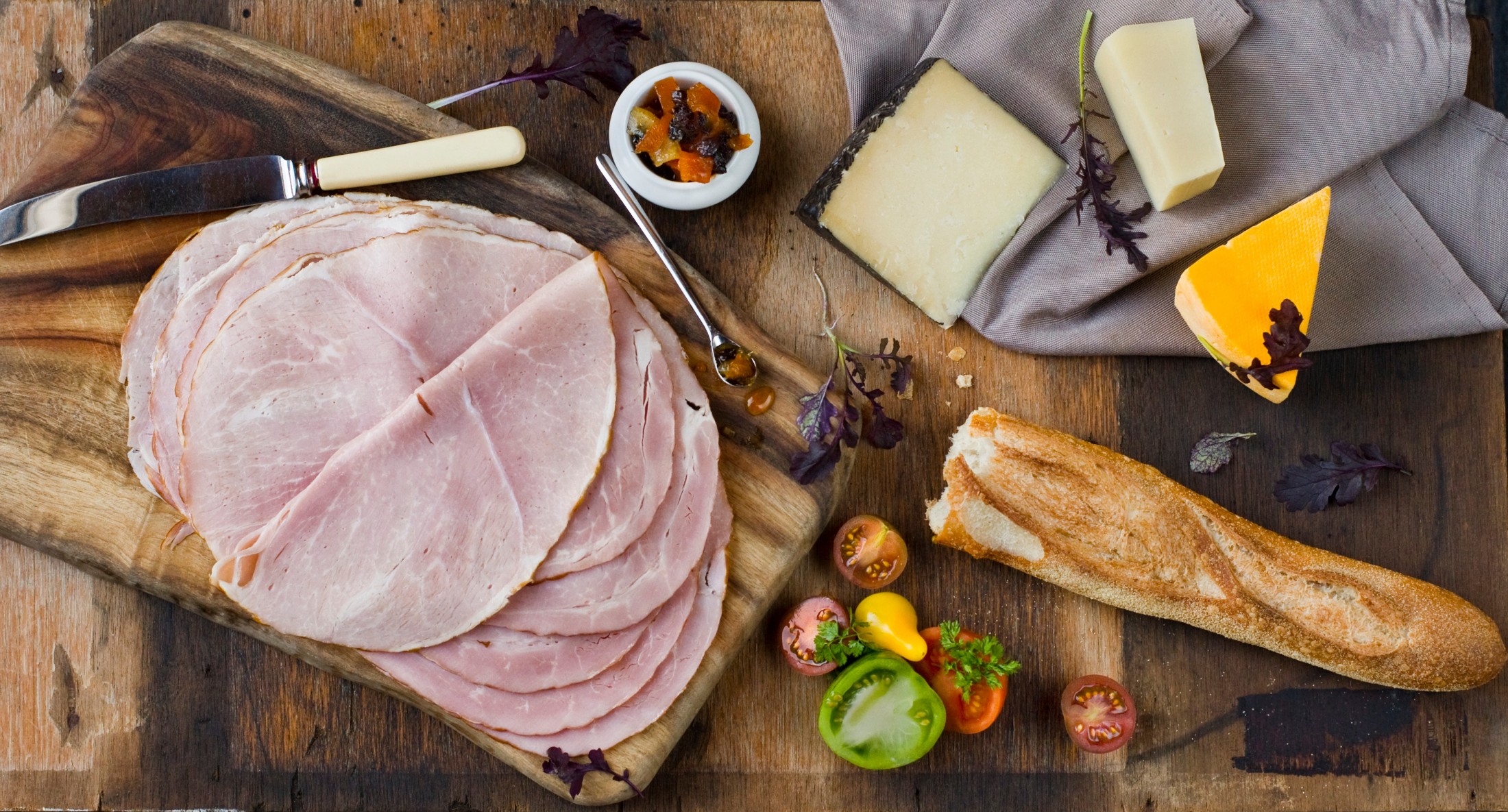 The classic platter is always party pleaser.  This selection of slices of DON® Ham, crumbly cheese and crisp crackers is perfectly paired with a glass of red wine.